Coal discharge can take place only in ports where a coal conveyor is deployed, or in the proximity of such a port. The ship is secured and anchored close to the discharge platform, and the crew stabilizes it during the discharge process. In some countries, discharge is performed at sea, and coal is transported from the ship onto barges, and from there to the coal conveyor.

Prior to discharge, the ship is secured to the discharge terminal and stabilized. The discharge process is performed using cranes which are deployed in the terminal, in parallel to the coal holds of the ship, and which move on transport wheels. The tip of the jib (crane handle), located above the hold, has two hydraulic grabs hanging from it, which shovel up the coal and lift it upwards. The grabs move along the crane handle, and open up above the funnel which pours the coal into the coal conveyor. 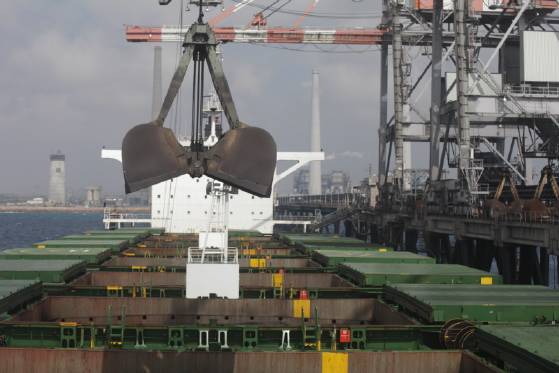 Where the wind blows

The grab descends onto the ship holds at a meticulously-calculated angle, determined by considerations of wind direction and intensity. The crane operator, positioned at the top of the crane, records and computes relevant wind data using suitable equipment, and directs the grabs so that they do not enter the hold or move in the direction of the decks.

Ship discharging is a complex and potentially dangerous process. The heavy weight of the coal impacts the ship's stability, so that if an entire hold is completely emptied, the ship could lose its balance and sink. For this reason, the discharge process is carried out in a balanced and gradual mode between the holds and in full cooperation between the ship's crew and crane operators.

Bulk carriers lose some of their weight after discharge, rising a few meters above sea level.

Discharging is a large-scale process. Each bulk carrier contains 7-9 holds (huge warehouses), each at a height of around 18 meters, containing 18,000-20,000 tons.

Each pair of grabs holds 22 tons of coal in each round. The grab handles are so large that even when holding a tractor in the air, they still appear larger. 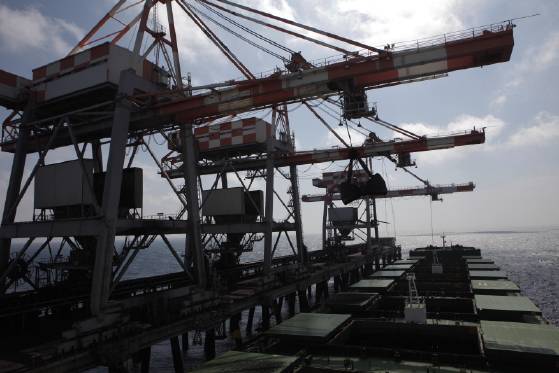 Just as an example, if a bulk carrier holds around 150,000 tons and each pair of grabs contains 22 tons, around 454 rounds of the grab pair per day would be required to discharge the ship in five days.

In order for the supply rate to accommodate the required consumption level, the discharging process is carried out 24/7. Often, the discharge process continues throughout the night due to constraints of pre-fixed schedules.