One of the key business areas of the Israeli National Coal Company, and a significant portion of its financial activity, focus on the shipping and transport of coal .

Types of Contracts in the Field of Shipping

Transactions with shipping suppliers are based on various types of contracts:

Time Charter – A contract under which the company leases a ship for a set period in which it can utilize the ship and its crew according to it’s needs, including an option for leasing it to a third party. In this type of contract, there is usually a fixed price per day, and the company enjoys full trade control.

Spot Contracts – A contract under which the company leases a ship for a single voyage, for a time range restricted to three months.

COA (Contract of Affreightment) Contract – A contract under which the ship owner undertakes a set number of voyages throughout the period of the contract. This type of contract also defines origin and destination ports for fixed prices. 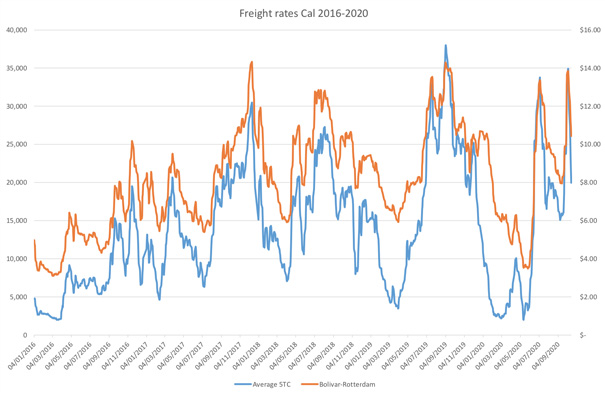 When a business opportunity arises, the company sub-leases ships under its control for a single transaction or a fixed period. Sub-leasing is an additional channel for increasing profits and facilitating the operational flexibility of the sailing schedule (in order to coordinate the dates of the ship's arrival with the needs and the capacity of the company, and with its unloading ports).