The National Coal Supply Corporation (NCSC) handles the procurement of coal and its transportation from source countries to the Israeli Electric Corporation's coal power stations – the Rottenberg station in Ashkelon and the Orot Rabin station in Hadera.

A government-held company, the National Coal Supply Corporation is under full ownership of the Israeli Electric Corporation.

Background for the Establishment of the Company

The founding of the company in 1981 was brought about by a combination of various elements:

The NCSC employs approximately 25 people and its main activities focus on coal and shipping, both unique international markets.

The coal supplied to the Israel Electric Corporation is obtained from various source countries, such as Columbia, Russia, South Africa etc.

Coal purchase is performed in coordination with the requirements of the Israeli Electric Corporation and includes various types of coal, featuring unique properties and differentiated by several components including carbon, hydrogen, oxygen and organic compounds.

The company cooperates solely with reliable and renowned coal suppliers in the international coal market, and continuously strives to uncover new sources of coal.

While handling purchase contracts, the company handles coal transportation from source countries to the coal power stations in Israel (Hadera and Ashkelon), based on contracts with shipping suppliers for leasing Panamax and Cape Size bulk carriers, each featuring a cargo capacity of approximately 80,000 and 170,000 tons, respectively.

Another area of company activity is the subleasing of bulk carriers. Subcontracts of affreightment serve as a means for cost savings, and also facilitate operational flexibility in the sailing schedule.

Moreover, the company acts as a ship agency for coal ships arriving at Israel's sea ports, and under this framework, the company provides the ship's crew with equipment, food supplies, health services and more.

Following discoveries of several gas sources facing the Israeli shores over recent years, the Israeli government decided to promote the use of natural gas in Israel, with most of it designated for energy production.

In the near future, coal consumption is expected to decline due to the increasing usage of gas.

The Israeli government decided to establish the company, and listed it in the Corporate Registrar.

The company held its first meeting of the Board of Directors and launched its activities.

The company sold coal to an industrial plant for the first time.

The coal terminal in Ashdod was established, and the company reached a total offloading of 50 million tons of coal.

The coal terminal in Ashdod was closed and coal offloading was transferred to the open port in Ashkelon.

The Israeli Electric Corporation purchased all stocks of the NCSC from the state, thus becoming the sole owner of the company.

A peak year in the prices of coal and sea transport.

A peak in the coal import to Israel – over 14M tons.

Ofer Bloch – Chairman of the Board 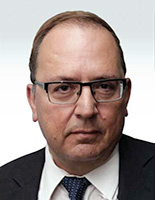 Serves as CEO of the Israel Electric Corporation Ltd.
Earned a BA in Economics and an MBA from Tel Aviv University. 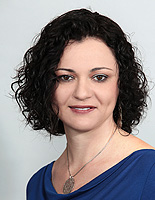 Ms. Khapyorsky has served as a memeber of the Board of Directors Since 2014.
Ms.Khapyorsky holds a BA in Economics with specialization in Accounting, and an MA in Economics from the University of Haifa. She qualified as a Certified Public Accountant in 1999.
She is Currently the Manager of Local Suppliers Accounts Payable Department at the Israel Electric Corporation.
Ms. Khapyorsky also serves as a member of the Board of Directors of Mahog – Israel Electric Corporation's Employee Pension Plan. 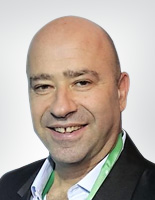 Has been serving as a Director at the company since May 2017.
Earned an LLB from the Ramat Gan Academic College and a Masters Degree in Law from Bar-Ilan University.
Serves as Senior Vice President of Human Resources in the Human Resources Division of the Israel Electric Corporation Ltd. 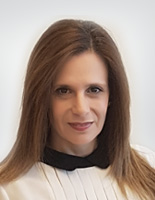 Has been serving as a Director at the company since January 2018.
Earned a BA in Management and Economics and an MA in Economics from the Technion and the University of Haifa.
Head of the Income and Rates Department in the Finance and Economics Division of the Israel Electric Corporation Ltd 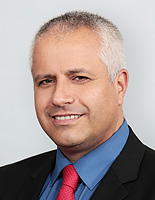 Mr. Helman has served as a member of the Board of Directors since March 2014.
Mr. Helman holds a BA in Political science, and an MA in Public Administration from Tel Aviv University.
Mr. Helman serves as Senior Vice President of Regulation at the Israel Electric Corporation and also serves as NCSC's Chairman of the Audit Committee. 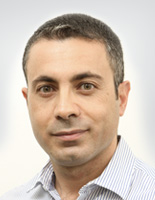 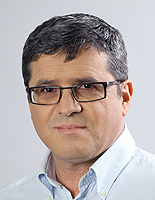 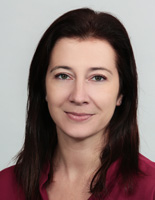 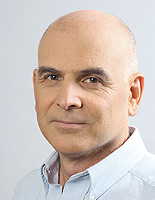 He has been working in various shipping areas for the past 20 years, among other, as a shipping agent, broker, and route manager. 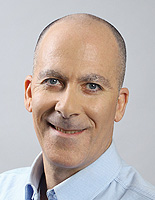 Mr. Barak Silverstein serves as the Chief Financial Officer of NCSC and Head of the IT Department since 2008. Barak is a CPA and holds a B.A. in economics and accounting from Ben-Gurion University, as well as an LL.M from Bar–Ilan University. He was certified as an accountant since 1993.

Mr. Silverstein served for six years as an Audit Engagements Manager at Deloitte Israel, followed by eight years as CFO in commercial companies in the fields of software development and tourism. 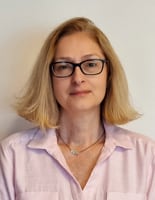 Ms. Shapira has served as Corporate Secretary since 01/2004. She holds a BA in Economics from the Hebrew University in Jerusalem and an MBA from Heriot-Watt University, UK. She also served as Assistant to the CEO in a NASDAQ-traded software company in the field of digital graphics. In addition, she served as Administrative Manager of start-ups in the fields of communications and dental equipment. 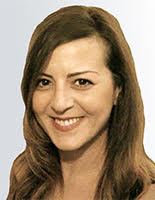 Adv. Shetrit has served as an in-house legal counsel since 01/2021. Adv. Shetrit holds degrees in Business Management, and LLB and LLM (with great honors) from Tel-Aviv University. She was admitted to the Israeli Bar in 2005, and since 2008 serves as the legal counsel of Business Development & Innovation in The Israel Electric Corporation Ltd.

About the Israeli Electric Corporation

The Israel Electric Corporation was founded prior to the establishment of the state of Israel, in 1923. A state-owned company, it handles electricity production, management of power stations and electricity supply and sales to the private and business sectors in Israel. 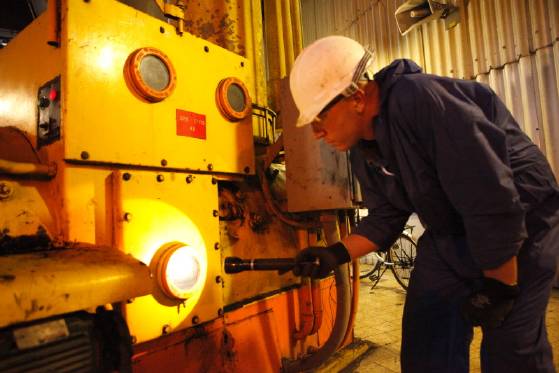 Employee of Israeli Electric Corporation examines the flow of coal into grinding mill.

The Israel Electric Corporation is the sole owner of the Israel National Coal Company, which is its subsidiary. The two companies enjoy close cooperation, ensuring that imported coal meets the meticulous quality assurance standards set by the government, and that coal supply is continuous and regular, so that an emergency supply is available upon need.

About the National Coal Ash Board

The National Coal Ash Board is a state-owned entity established in 1993 by the Energy and Infrastructure Ministry (known today as the Energy and Water Ministry), in cooperation with the Environment (known today as Environmental Protection) and Interior ministries, the Israeli Electric Corporation and the National Coal Supply Corporation, in order to consolidate a state-wide effort to create a solution for coal ash, which is a mineral residue produced during coal burning, and which accumulates in the Coal Power Stations.

The activities of the National Coal Ash Board turned the coal ash from waste to a resource, leading to its utilization for the benefit of the economy and environment.

Coal Ash Board activity was ended at the beginning of 2020.

Coal Ash Board website data offers the knowledge and information accumulated during 25 years of the Coal Ash Board's activity, for the use of Coal Ash potential.

Information regarding the NCSC can be obtained upon request, based on the guidelines of the Israeli Freedom of Information Act of 1998.

Requests for information can be filed using the attached form: Request Form

The request should be addressed as follows:

Requests via email are recommended; however, fax or email requests will be handled as well.

The request entails a fee as specified in the Freedom of Information Act (Fees). The request fee, as well as handling and production fees (if required) can be paid via bank transfer to account 182281, Mizrahi Bank, Branch 461, to the National Israeli Coal Company, alongside the request.

For the request, you need to fill out an obligation form for paying the fees related to handling the request, signed by the requestor (in corporations, an authorized signer needs to sign).

Requests which are not filled out according to these guidelines will be returned to the sender.

Click to view the new fee regulations of the governmental unit for Freedom of Information.